Blog - Latest News
You are here: Home1 / Technical en2 / What Are The Tasks Of An IT Consultant

In today’s world where the infor­mation technology and companies are insep­a­rable, the role of an IT consultant becomes very signif­icant. In this regard, it is important to have a clear idea about their roles and respon­si­bil­ities and what are their deliv­er­ables as far as customers are concerned. The starting point is to under­stand that companies hire IT consul­tants to give a push to automation to the maximum possible extent, after taking into account specifics. They play a big role in integrating IT services to the core business objec­tives of the clients for whom they are working. Hence, the tasks of an IT consultant are multi­farious and cannot be looked at from the narrow prism of automation and comput­er­i­zation alone.

Consulting Stake­holders and Coming Out with an Action Plan

The starting point as far as the functions and respon­si­bil­ities of any IT consultant is to sit down with all the stake­holders and under­stand their require­ments. Once they have gone through this process, their job is to clearly define the objec­tives of the IT project that they will be taking up. It would also call for making changes to some process flow keeping the automated environment into account. Any movement from a manual process to an automated environment would have to be gradual. However, it is likely that any experi­enced IT consultant would be able to give a benchmark budget required to get the job done. This would include the infor­mation system require­ments, human resources and various other related matters.

Recom­men­dation Is Also an Important Assignment

It also would be pertinent to mention here that a good IT consultant is one who makes workable and imple­mentable recom­men­da­tions after taking the ground realities into account. It may not be always possible to move to a 100% automated state, when things are being moved from scratch. Hence, he or she would have to go through the entire process flow thoroughly and then recommend what he thinks would be in the best interest of the customers.

Giving the right infor­mation and feedback to their clients is perhaps the most vital task of an IT consultant. The infor­mation may have to be sourced inter­nally and exter­nally. This would call for under­standing the various proce­dures and processes inter­nally. The same may need to be bench­marked to what compe­tition is offering. Hence, this would also require gathering infor­mation from competitors who are into similar line of business activ­ities. This is a time consuming and laborious process, and the infor­mation has to be precise, accurate and helpful for the customers to take the right decision.

Once the basics have been estab­lished, the next job is to get into the process of putting the objec­tives in place. It would call having the right human resources to implement what has been agreed upon. This would call for training the employees and other stake­holders of the clients. There also would be the need to hand-hold the end users so as to make the best use of such automation processes. 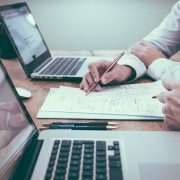 Methods of Product IT consulting 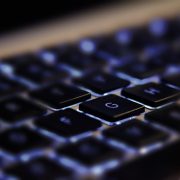 Advan­tages You Can Enjoy with Remote IT Consulting 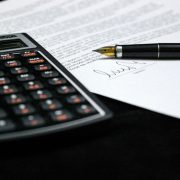 IT Consulting on Demand – Why Your Business Needs It