Blog - Latest News
You are here: Home1 / Technical en2 / Types Of Software Licenses And Their Functionality

A software license is a legal contract, which specifies the terms of use and the redis­tri­b­ution of the software. Apart from the public domain software, all other software is copyright protected. A typical software license defines the rights and imposes restric­tions on the end users. These licenses also define different liabil­ities and respon­si­bil­ities of the parties entering into the agreement.

Every software is required to be legally licensed, before it is actually installed. There are different types of software licences. The software manufac­turers often come up with different terms for their licenses.

Freeware
Freeware software is usually available free of cost. Such software is usually created by individual authors and are put into the public domains. Most of them do not have copyrights and can be used for unlimited period of time. Some of these software may have certain restric­tions on their function­ality; however, the true Freeware software do not have any restric­tions, on distri­b­u­tions, modifi­ca­tions or use.

Shareware
This kind of software is also called demoware or trialware, as it is available for using free of cost on a trial basis. The permis­sions are clearly stated in the documen­ta­tions. For example, a software can be availed for free, for a trial period of ten days. The user will be charged for the full license of the program. After paying the charges, he will get the full function­ality of the software and will not face any kind of restric­tions applied to the free trial. The user will also get all sorts of updates for the software. This kind of software is generally downloaded from websites. The trial versions are often distributed along with magazines and newspapers.

Limited License
This kind of softwares is generally intended for non-commercial use. Only limited number of copies of this software are made available for the users. Limited licences, or LL, are often restricted to the desig­nated number of computers, i.e. only certain number of users can avail it at the same time. This type of software is generally used by educa­tional insti­tu­tions or research centers. In educa­tional centers these are restricted for using in on-campus computers, so that it can only be used for classroom instruc­tions and research facilities.

Unlimited Site License
These software agree­ments do not set any limita­tions on the number of copies that can be distributed. These can be availed by different groups of people at the same time. For example, the government employees and the faculties of a university can use the same software at the same time. The users will not have to bear any extra cost apart from buying a burnable CD or the documen­ta­tions. You can even check out the trial versions for one or three days or download them through the Internet. 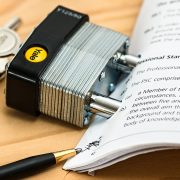 A Detailed Glimpse of The Legal Aspects of Software Development 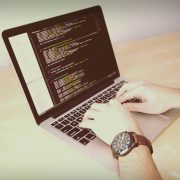